Join the Team in Tucson, Arizona | March 16 to 20, 2022
The Endurance Nation Annual Volume Camp for all Endurance Athletes

You’ve trained months and months indoors to prepare for your big day. March is the perfect time to get out in the warm sunshine and log some serious miles. Let’s get you training in a space with guaranteed good weather and epic terrain!

This camp is perfect for athletes competing at IM Texas, IM St. George and IM Tulsa!

Note: Ironman St George is a Key Race for Team Endurance Nation which means we will have many athletes competing.

The elevation of the St George Bike Course demands you show up ready — and we can help!

“Just wanted to thank you for an awesome race camp! It was my first real immersion into EN and it did not disappoint. I’ve learned more from EN and camp in the past few months than I have in years of just trying to figure out IM training and racing. Love it! Thanks for all the course scouting, all the great classroom and training sessions, and your good humor.”

140.6 miles is too big of a problem for anyone to solve with fitness alone.

Triathlons of any distance aren’t about racing to prove your fitness. A successful race is created by how you choose to drive that fitness vehicle around the course.

We have developed a host of proven race execution processes and strategies covering everything from racing with power, pace, heart rate, race day nutrition and hydration, bike setup, high return on investment aerodynamic improvement opportunities, faster and more efficient transitions, and much, much more. Wisconsin training camp about to set off on Sunday run of the course.

The intent of our Long Course Race Execution Camp is to teach you our methods live in a setting where you can put the lessons to the test. We then provide separate breakout sessions to drill down these processes to the specifics of other Ironman courses depending on what you might be racing this season.

This is a training camp, where athletes will put in significant training hours with plenty of solo time. If you are looking for 1:1 time with a coach, this is not the camp for you. Join Us in Tucson, Arizona

Fly, drive or ride your TT bike to Tucson, AZ and join us in the amazing Oro Valley. We have access to iconic rides, great trails and the Oro Valley Aquatic Complex for our swims. You can reserve your own room at the Comfort Suites at Tucson Mall using the Mile 18 group name.

Note: The hotel is approximately an hour from the airport so we’ll need to coordinate rental cars and transport! 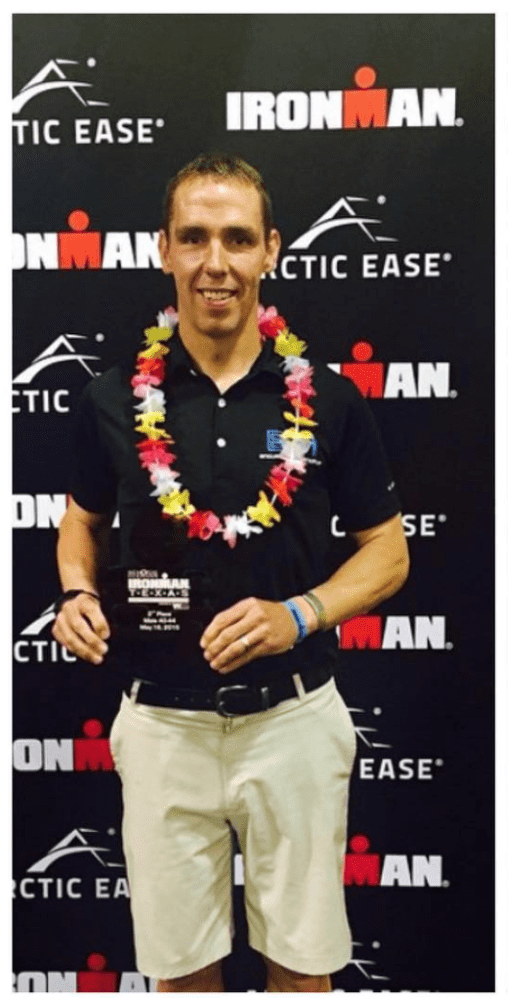 Coach Patrick has helped thousands of long course athletes since 2001. Endurance Nation has had over 1,000 long course triathlon finishes each year since 2010.

The Endurance Nation Four Keys of Long Course Triathlon Execution DVD is the only race execution message in the long course triathlon space. Thousands have used the DVD and thousands more have attended our FREE Four Keys pre-race talks to race to PR-smashing performances.

>> You can watch the full-length Four Keys of Race Execution DVD online here.

You will not find a more experienced long course triathlon coach with such a well dialed-in race execution process in the triathlon space. Patrick will teach you how to race every inch of YOUR next triathlon, bringing you several years — skipping wasted races!! — up the learning curve.

Attendees of our training camps regularly set massive PRs, as a result of the course-specific knowledge and tips they’ve learned under the direct instruction of Coach Patrick, Head Coach Endurance Nation, the only Six-Time Ironman® Tri Club Division I World Champions.

Camp DOES NOT Include:

*NOTE: Lodging is NOT INCLUDED in the camp price. There is a camp discount available to you at our Host Hotel, information provided in the Deposit Confirmation email.

*NOTE: Balance of payment will automatically be charged to the same credit card used at registration. Read our full Payment and Cancellation policies here.

Please email us if you have any questions.

IRONMAN®  is a registered trademark of World Triathlon Corporation, is not affiliated with Endurance Nation®, and does not endorse or sponsor our products, materials or events