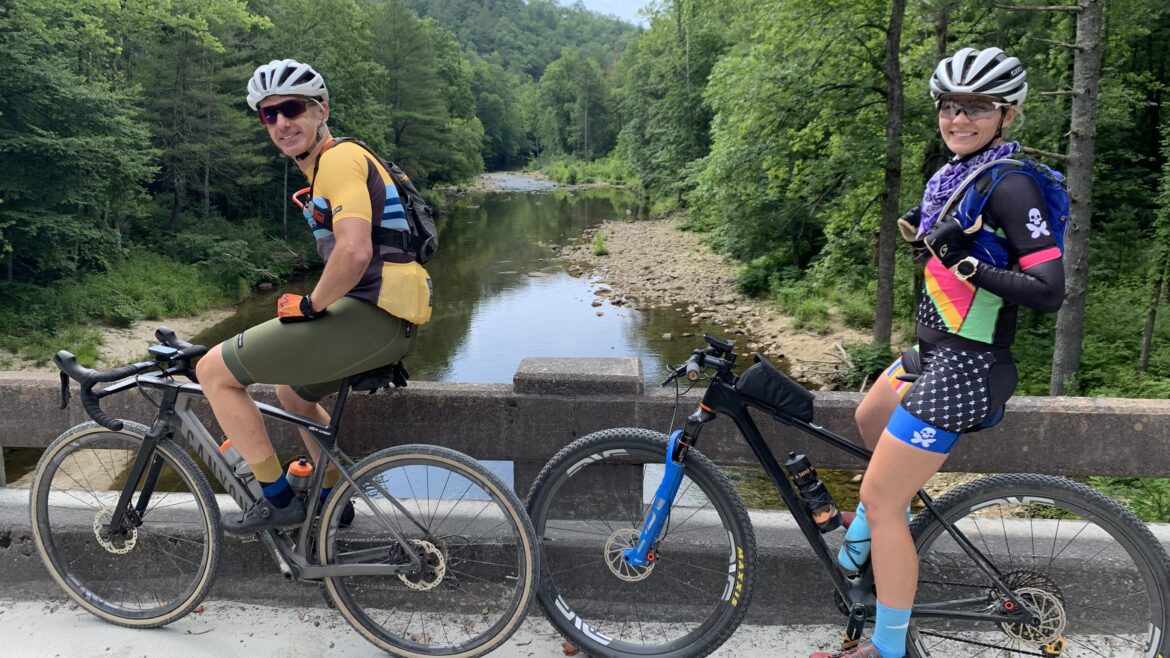 After long hours in the saddle on our first day of gravel camp searching for the backside of Beech Mountain, it was time to take the guys to my favorite area to train off-road. A 20 min descent down gravel roads located directly off of the Blue Ridge Parkway will dump you into wild and wonderful Wilson’s Creek. Knowns for its 23-mile mountain creek which begins at the top of Grandfather Mountain, this rugged area of the Pisgah National Forest is a favorite to hikers, campers, kayaks, all-terrain vehicles, mountain biking, and gravel grinds.

We decided to access Wilson’s Creek from Pineola, NC which quickly became our group’s favorite decent of the weekend. The gravel was smooth the entire way down with a few ruts in switchbacks. I was on my hardtail so the front suspension offered plenty of support and confidence for an epic descent down the 9 miles, 2500 elevation loss… What I gained in descending speed, I would lose in the climb back up at the end of the day.

We reached the town of Edgemont which would also become a favorite for the weekend. When Matt first mentioned we would be climbing Globe Road up to Blowing Rock, he said my face sunk like I had just seen a ghost. I’ve climbed Globe twice before, once on my full suspension mountain bike and once in the back of a pickup truck after showing up with the wrong gravel gears. This beast is legit. It’s a 4-mile, 2,000 ft gain, averaging  9.2% kinda climb. It’s one of those climbs where you turn to see another steep turn, and another, and another. While the hour climbing wasn’t pretty, I made it to the top just in time for lunch in Blowing Rock, NC.

Maybe we spent a little too long at lunch, or maybe I ate a little too much, or maybe I’m just making excuses. Whatever it was, I found myself in my own personal hurt locker on the way back to Pineola. We descended back down Globe and slowly made our way back to Edgemont. Another steep climb back up to Gragg (pronounced Graaaaaaaag), I looked at the guys and said, “I know my house is five miles that way and I’m having a very hard time NOT taking a right turn.” Coach P said, “you probably don’t want to eat right now, but this is me encouraging you to eat right now, EB.”

(This seems to be a theme with me and big training rides.)

I was 110% bonking and decided to eat all of my food. It was like a sugar-buffet-party-in-my-mouth. Matt told me I was not taking a right towards home and that I was going with them. I’m so glad I listened. We descended back down into Edgemont where we stopped at the Historic Coffey’s General Store to grab a coke, protein bar, and some pretty cool pictures. By then I had come back to and was ready for the final 8-mile-climb back up Pineola.

While I get to ride this area all the time, I rarely get to do long rides like this and never have riding partners who will join in for the back-to-back volume. The stories that come with the miles and overall camaraderie with the groups are my very favorite part of training camps with Mile18Inc. The fitness gains don’t suck either.

We finished out day two back at home base where the guys showed off their sweet grilling skills, Josh definitely won MVP with his fire skills, and I ate all the s’mores. ~ EB 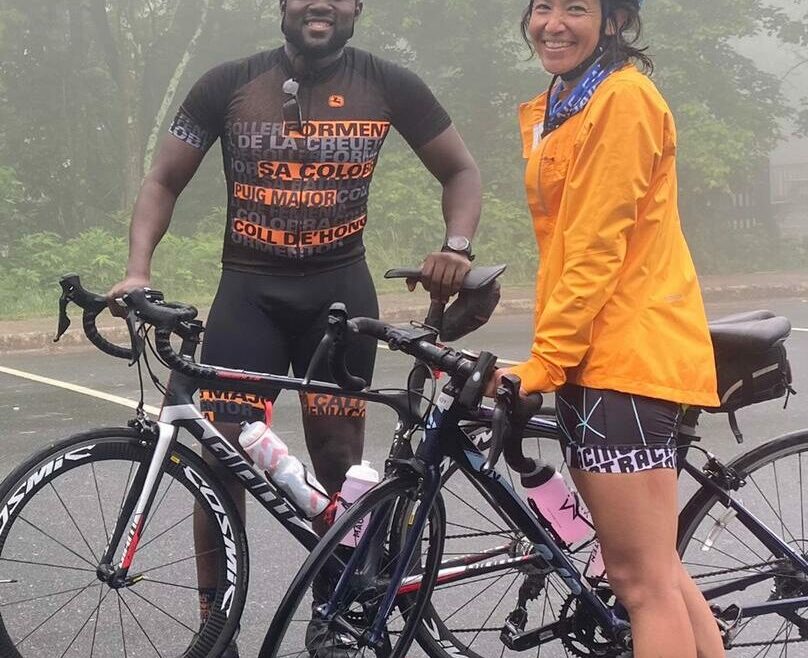 Going into the Phoenix Challenge, I had been struggling to maintain the same level of training motivation as I had the previous year, so I was feeling a little intimidated about the scale and intensity of the ride. While my training hadn’t been ideal, I did participate in the ENverest Challenge this year so I was able to get some good doses of volume prior to the ride. My main goal for this event was mental training—to get comfortable being uncomfortable, and to recover more confidence in myself and my judgment (pacing, nutrition, etc.).  I was aiming for the full challenge (200 miles) as I am planning to do my first full Ironman in September (IMMD). I figured this ride would be a good reality check for my fitness and mental state, as well as a unique opportunity to meet amazing athletes and ride in a beautiful location.

What an adventure it was! I found the first day to be the toughest. Heavy fog made visibility throughout Skyline very poor, and it was raining pretty heavily in some sections. I wore three layers, but I still wasn’t quite prepared for how chilled I felt throughout the ride. I am endlessly grateful for my riding buddy (Carl) who patiently stayed near me. Having someone else with me throughout the ride made a world of difference for me mentally, as it shifted my focus to keeping up and getting through the ride as a team.

We rode the last few miles of Skyline in a downpour. All I remember is rain pelting my eyes, and Carl divebombing down the hills and disappearing into the fog.

I actually felt better the second day. A good sleep and breakfast, plus warmer, drier weather left me feeling more energized and confident. However, I started to get shaky around mile 45, so we took a longer break at the mile 51 rest stop (and hung out with EB!).  I ate a full lunch hoping it would revive me enough to finish the ride, but alas – we made it to about mile 60 before calling it. I had mixed feelings – disappointment that I didn’t finish, pride that I took on a challenge that intimidated me, gratitude for Carl and the support team, and inspiration from the other athletes. I am so grateful that I could participate in this experience, especially after all the stress of the past year. I will cherish all the miles, the conversations, the laughs. I learned some great tips from my fellow riders as well, and deeply appreciate the opportunity to learn from them.

Some key takeaway lessons for me:

·       For a ride of this length and elevation, proper equipment is important. I want to learn more about gearing and ensure I’ve made the proper adjustments / upgrades to my bike before I attempt this challenge again.

·       A few more long rides (with elevation!) prior to this challenge would’ve been helpful to physically and mentally prepare for riding on my own for this length of time. After all the isolation of COVID, I was feeling anxious both being on my own and being with people – but this event reminded me I’m capable of pushing through that!

·       While I prepared for the weather as best as I could, I think taking some nutrition tips from ultra runners may be something I’d want to try in the future if I can’t shake the chills (e.g. instant soup).

Want in on our 2022 Phoenix Challenge? Request your spot HERE.