The first annual Phoenix Challenge Ride is officially in the books! After months of planning and strategery, it’s hard to believe I’m sitting here on a Monday morning writing this post. Congratulations to all of the riders, whether you took the Half or the Full challenge.

Our motto: We Ride. We Rise. The Phoenix Challenge is here to push your limits. To challenge what you think is possible. To help you unlock fitness and mental strength. Our handpicked route is a one-way ticket; with only two-wheels to get back you have your own personal mission.

It was a total blast, the perfect combination of social time, cycling, and suffering. We certainly hope that you will join us again for another adventure soon! Follow along at www.weridewerise.com for future Phoenix Challenge updates.

After weeks of training and final ride preparations, it was time to go and find elevation to make us fitter and stronger. The hotel was approximately a 90-minute drive from Reagan international airport. Totally easy to get there, and right off the highway. Lots of stores and places to get food, so we opted for Chipotle for some fresh calories. Paul from Black Bear Adventures rolled in at 9pm and was ready to go — he’s so prepared 24/7!

Riders continued to arrive on their own schedule, and checked in online. The only issues we had the morning of our folks who decided to drive in that day. If possible, staying overnight the day before makes a big difference and relieves a lot of stress.

Day One: Dickie’s Ridge to Waynesboro

The admin team was up bright and early, on site for a check in around 7 AM. Lots of coffee was needed!

This is our first chance to meet many of the riders, and hear their stories. It was great to see new friends and old connecting as they strategized for the day.

The official ride start time was 9 AM, but many opted to leave early according to their fitness and ride expectations. The wet weather meant extra layers were in order, as well as flashing lights on the front and back of every bike. Given the nature of Skyline Drive being on a ridge, the weather is highly variable.

Most riders headed South, aiming for a 104-mile ride. A select few decided to ride back to the park entrance, adding another 8 miles and a few hundred feet to the equation — why not!?

There are three stops along the ways with stocked stores and shelter: Elk Wallow, Big Meadows and Loft Mountain Wayside. Each approximately 30 miles apart.

Taking those into account, we were able to stage support as needed along the road and use Big Meadows as a more extended lunch break. We needed it; if only because the wet weather meant we were burning extra calories from a healthy amount of shivering!

Lunch at Big Meadows was the perfect pit stop; more than one person opted for some hot chocolate / coffee! The yummy handmade bars were also amaze; pretty sure I personally at about a shopping basket’s worth!

The further we went the more the weather added a degree of difficulty to the equation. Wet roads are one thing, but the fog really made for some dramatic riding!

By the time we got to Loft Mountain, we were ready for a coke and some solid downhills. The draw of Basic City Brewery kept us laser focused, and I have to be honest a beer never tasted better.

We ate our fair share of salad, pizza and nachos before retiring to clean bikes and prepare for the early start on Day Two. No rest for the wicked!

We woke slightly earlier on the second day to pack up and have all of our gear ready for pick up. Rolling out to Basic City Brewing parking lot, the group met up and began the climb out of Waynesboro to Skyline Drive.

While a few early departing folks skipped ahead, everyone had to deal with the challenging terrain from yesterday – in reverse!

Personally I was tired, but my legs actually felt better on Day Two. I think there is a little more variety in the early terrain that made it easier to get into a rhythm than the strong challenge of the first day.

There were no skipping stops this time, as calories were in high demand. In fact, almost all the SAG food was gone by the time we finished the day.

The weather was once again very dynamic. There were bouts of sunshine and stunning views interspersed with fog so thick, finding the food at Big Meadows required a better sense of smell than eyesight!

The final push was as tough as advertised. If not for a Coke and Twix at Elk Wallow, I might not have made it. Rolling up to Dickie’s Ridge and my car was pretty darn satisfying. Mission accomplished, and it was time to cheer in the other finishers as they completed the route.

Half and Full Finishers

Not everyone was able to do the full two-day tour. The course is tough, and these folks earned Half Phoenix honors. For those able to go the distance, the Full Phoenix recognition is theirs. Stay tuned for our Hall of Fame page on the website at www.weridewerise.com by the end of June.

That’s right, there we even a handful of riders in the UK who decided to take the Virtual Phoenix Challenge. They charted their own two-day adventure to earn the right to be a Phoenix finisher. They even had better weather than we did; we might have to go abroad next year!

My two-day totals were 226 miles and 21,000 feet in 12 hours ride time. Add in 20+ new friends plus countless memories and it’s clear the event was a great success.

We can’t wait to do this ride again in 2022, so be sure to join the Mile18 newsletter list to get early bird sign up links, discounts and regular training advice. 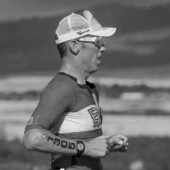 Coach Patrick is a 10-time Ironman® Hawaii competitor and co-founder of Endurance Nation. When he's not training or racing, he can be found hanging out in Rhode Island with his awesome family.